Prejudice of the Disabled in Classic Literature and Today

Mr. Darcy is a character that women swoon for even today and is held up in Jane Austen's "Pride and Prejudice" as a model for all men of gentlemanliness. Consider this, however. In the book, he is betrothed from birth to Lady Catherine de Bourgh's daughter, a sickly, mostly shut-in girl. But, of course, he prefers Elizabeth Bennet. There is nothing wrong with that, per se. Elizabeth is charming and witty and definitely his match. What should concern us as a society, but which is never remarked upon, is the fact that Miss de Bourgh's poor health is used to justify Darcy's complete lack of interest in her. Even Elizabeth expresses disdain when she sees Miss de Bourgh in a carriage as if to say: "Darcy deserves nothing better." Austen also takes a stab at emotional disorders with the character of Elizabeth Bennet's mother.

Perhaps Austen realised that injustice as her own health failed tragically early. In "Mansfield Park", the heroine Fanny Price suffers from mild health issues. She is described as one who requires daily exercise in the fresh air, pale at times, and prone to quick fatigue and headaches. Alarmingly, this is one of the major reasons why the majority of readers describe "Mansfield Park" as their least favourite Austen book. Critics describe the character as unbearably whiny and fragile. The fact that she also has strong principles and conviction to withstand peer pressure is a mark against her as well, regarded by modern audiences as being self-righteous. Most modern day retellings of "Mansfield Park" make Fanny Price much more robust and mischevious. Only in the 1983 BBC made-for-TV mini-series is Fanny portrayed as Austen intended. This version is very difficult to find nowadays. The implication is clear: how could any man truly deeply love any woman who is even mildly challenged health-wise.

This continues today. How many plot lines can you think of which use a spouse's disability to justify and garner sympathy for the able-bodied spouse who is thus burdened and/or commits adultery? Personally, it is too many to count or list here.

The fact that these portrayals have not been pointed out to date is a disturbing reminder that in our modern society it is still acceptable to dismiss and even disdain those who are sickly or disabled. Growing up, I was told multiple times that no one would want to marry me because I'm too much work for a man to willingly accept due to my Cerebral Palsy. While some readers may feel proper indignation at reading that, it is a sad truth for many disabled. We are told, "take the relationships arranged for you by others, marry one of your own kind, or end up alone." Sometimes, you will hear a disabled person remark in a faux-glib tone: "I can't marry." Notice the shift in blame, the tendency to internalise society's idea that the disabled person is at fault because they are disabled and not potential partners and society for teaching those potential partners that it's ok to view a disabled person as a burden or even lacking in character simply because they are challenged.

Some carry these prejudicial attitudes without realising it. There are those who will talk about how the disabled who need government assistance are lazy and a burden on the taxpayer, but when a relative points out to them that they are disabled and on government assistance, that same person will reply without hesitation "That's different." What is even more frustrating is that these ones fail to see the hypocrisy in that stance and how the rhetoric against the "lazy" also hurts the relative who is "different." Now, it is not my intention to get into politics here. This is simply the best and easiest to explain example of the kind of double-thinking that often happens so that people can somehow rationalise and live with the disgusting prejudicial views they hold and the actions that stem from them.

In the last 5 to 8 years there has been a slight shift in literature. Disabled writers and poets, rather than allowing disable-shaming to silence them, are beginning to write about their experiences, to bring forward characters that open readers' eyes to a challenged person's point of view. This is undoubtedly a step in the right direction. Currently, it is but a whisper in the shouting static of societal opinion, but it is there.

Perhaps in another couple hundred years...
Posted by Sabne Raznik at 11:46 AM No comments:

Posted by Sabne Raznik at 12:58 PM No comments: 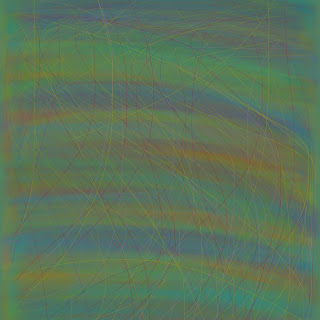 Posted by Sabne Raznik at 3:07 PM No comments:

"To Kill A Mockingbird"

It is my privilege to be a member of the ensemble in this Broadway-quality production. Please, don't miss out! 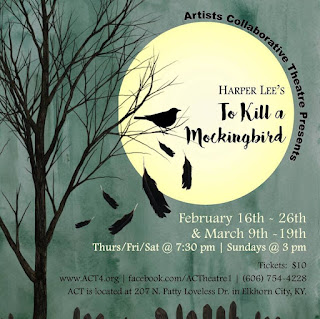 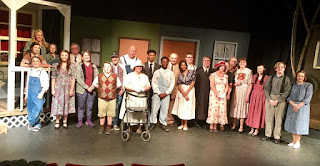 Posted by Sabne Raznik at 1:25 PM No comments: